From Market Flowers To Market Top

This isn't a rags-to-riches story, it's more like a David and Goliath one.

When Dorrie and Elaine Ransick took over the grocery store on Broadway in 1947, Dorrie already had 15 years of management experience under his belt. He'd cut his teeth at a Tacoma Safeway, an established chain, unlike the Everett grocery they had just taken over. The youthful Ransicks renamed their shop Stadium Market in tribute to the fact that it was just a stone's throw from Everett Memorial Stadium (a half a mile, to be exact). People called them crazy - the location was too far away from downtown - but the business thrived anyway.

In 1960, Safeway reappeared in the Ransicks' lives, this time in the form of a new store less than a block away. Plucky Elaine found away around the Goliath up the street, adding flowers to the market's offerings. She had always loved flowers and theorized that if Stadium Market sold them for less, people would buy more. She was right. She started with holidays - a lily for Easter - and then, as requests mounted, she began selling cut flowers from buckets. By 1971, they had a full-time designer and a delivery truck making rounds. It may have been the supermarket era, but Stadium thrived anyway.

When Dorrie passed away in 1972, Elaine brought on her daughter, Cheryl, and her son-in-law, Spark Van Winkle. The Broadway store was remodeled, and eventually Cheryl and Spark bought the store. The shelves were cleared of groceries to make way for fresh blooms, and by 1988, the shop had become Stadium Flowers. The one-time market was leveled and rebuilt to a scale more befitting of its success in 2002. Specifically, a 6,000 square foot six city lot building with the longest set of Borgen doors in the country.

Today, award-winning Stadium Flowers is in its third generation of Ransick-and-Van Winkles at the helm, with two locations and a booming wholesale business. Despite the odds, the small market south of downtown thrived anyway. 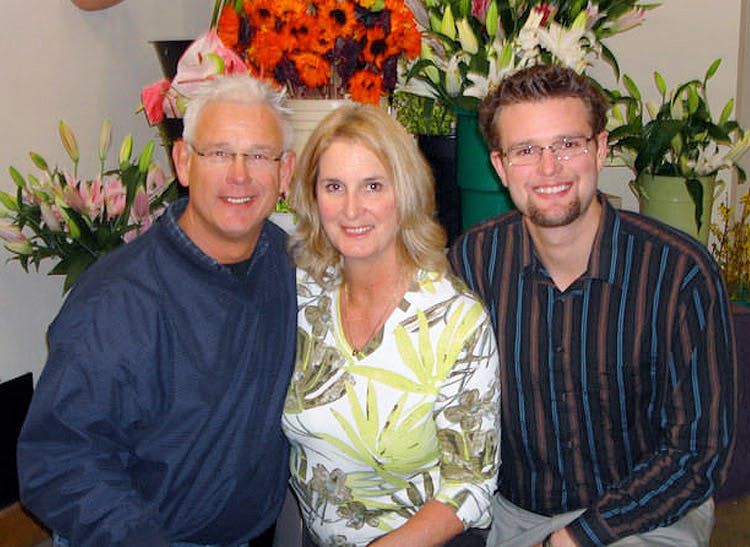 The whole Van Winkle family, posed before a wealth of flowers 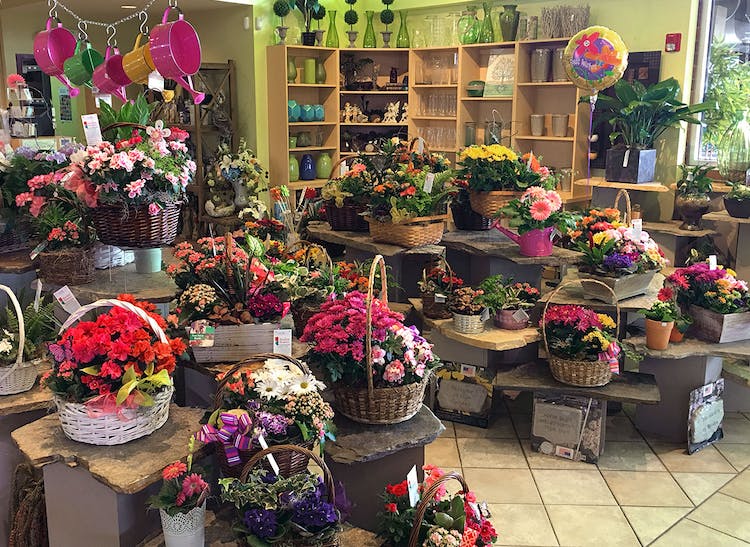